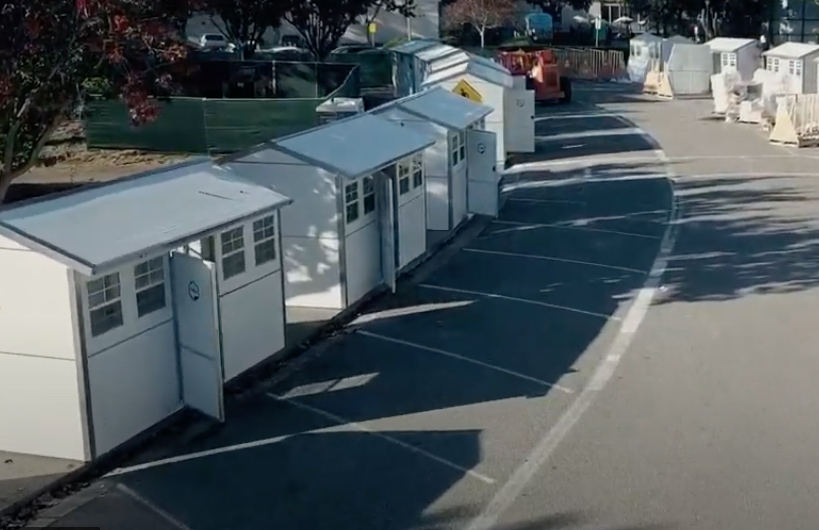 Construction begins on the small village of Lake Merritt – SFBay

Construction began this week in a small native village that city officials hear for the homeless on city-owned land on Lake Merritt.

The property, located at East 12th Street, will eventually house 65 people in tiny houses and provide a full package of services to help residents make the transition to stable housing and health, officials said.

The site has been slated for apartment complex development since 2015, although the proposed Lakehouse Commons project has since been mired in controversy, funding issues and several expansions, leaving the property empty.

The city is partnering with the Housing Consortium of the East Bay to run a Pallet Shelter, built by a company of the same name that has tiny housing communities in San Jose and Los Angeles (for more information, see https: //www.palletshelter. com / virtual-tour). Shelter structures can be dismantled and moved to another location if and when construction of the apartment complex begins.

Oakland City Council President Nikki Fortunato Bas called the project a significant improvement in living conditions, in a press release from her office on Tuesday.

“Through this project, we will demonstrate that compassionate and trauma-informed mini-home communities can effectively create safer and healthier communities, and also help residents make the transition to stable housing and health. ”

For more information on the project, see the list of frequently asked questions here.