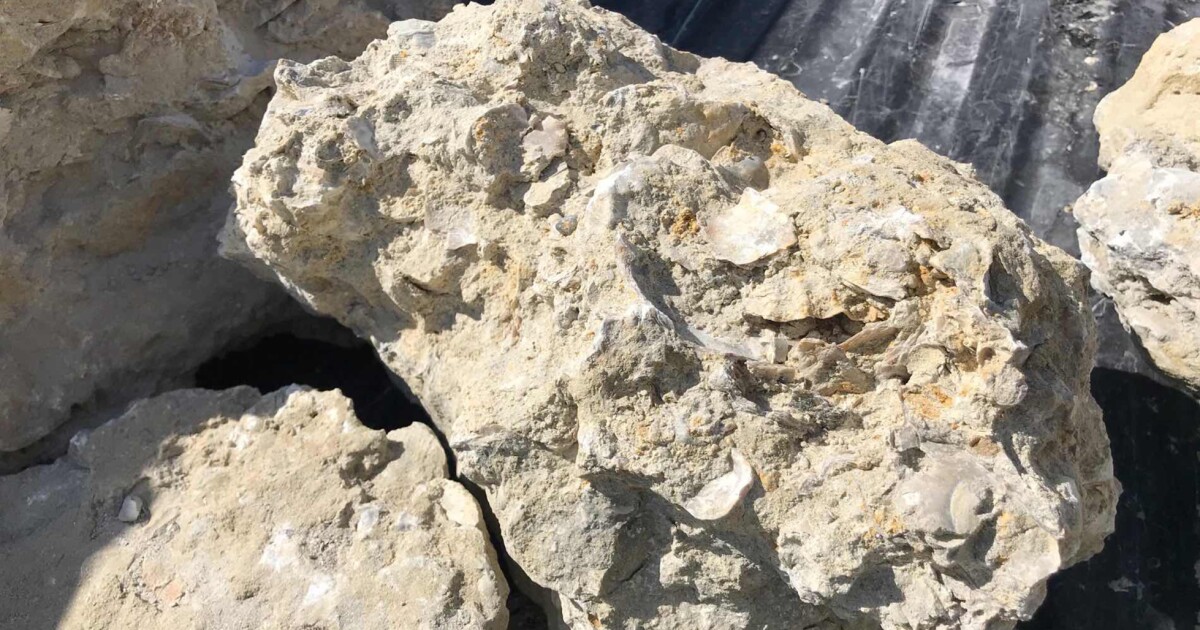 “It’s always exciting to be involved in a project that stretches straight out. The deeper you go, the further back in time you go, ”said Deméré, longtime curator of paleontology at the San Diego Museum of Natural History.

On March 18, he and other paleontologists at the Balboa Park Museum were at the Jefferson Makers Quarter construction site in East Village, where thousands of 2 million year old marine fossils were discovered about 48 feet below street level. Deméré said the fossilized shells included oysters, clams, snails and barnacles from the Pliocene and Pleistocene eras, a time when the East Village area was an estuary.

“It’s a weird juxtaposition when you’re at the back of one of these excavations and looking at strata that are a few million years old and you can hear the sounds of the city around you,” Deméré said. . “The people of East Village may not realize that the place where they live has a history, and in this case, it is at least 2 million years old. If they stop for a moment and think about it, they will realize that they only live at a certain point in history.

A sample of these new fossil finds is added to the museum’s collection of 1.5 million fossil specimens, most of which have been collected over the past decades in the same way: salvaged paleontology. By state law, large construction projects in fossil-rich areas must have scientists on-site to protect and recover any fossils unearthed. Deméré said the relationship between entrepreneur and scientist can be strained or fruitful.

“Different developers have different views on what they want to find out about their projects. Some want us to go and keep it a secret, but sometimes you have plans where the people there are excited to not only dig a hole in the ground, but dig a hole in time as well.

Luckily for this salvage project, the construction team loved working with the scientists. A native of San Diego, Frank Najera is the Senior Project Superintendent at JPI Development and Construction, the Texas company that is building the Jefferson Makers Quarter project on Broadway and 15th Street. The large mixed-use project, slated for completion in fall 2023, will include 384 housing units, retail on the ground floor and three and a half floors of underground parking. Its exterior design will incorporate the original facade of a historic Ford car dealership building that has been on the site since 1919.

Najera, 62, is passionate about history. In the mid-1990s, his company won a National Historic Preservation Award for recreating the House of Hospitality in Balboa Park with 6,000 elements of the original building. Before starting the Jefferson Project, Najera said he and his construction team visited the museum’s fossil collection in order to know what to look for while digging. In this case, Deméré told them to keep an eye out for the shells.

Two million years ago, San Diego was very different. The sea level was higher, and San Diego Bay was larger and deeper. Over the millennia, the shallower areas of the bay near downtown and East Village have filled with silt, forming an estuary with streams and mudflats where tidal species have thrived.

Najera said the JPI team had not encountered any fossils until a contractor dug a rectangular pit about 45 to 48 feet deep for the footings of the building in the parking lot. The workers encountered a layer of rock that had the appearance and structure of concrete. Deméré told them that they likely would have hit some highly pressurized sandstone and that if they had chipped it with a hammer it was likely filled with shells.

“So they hit him with hammers, picked and pushed, and then they took a garden hose and sprayed him. It was like you had been to Las Vegas. The shells were pouring out like it was a slot machine and you were going to hit the jackpot, ”Najera said.

After surveying the site, Deméré said the shells found in the pit appeared to be an accumulation of dead marine organisms that had been flushed from their habitat to the east by rains or flooding. The shells were found scattered and on their sides, rather than attached vertically to the substrate as they would be when alive.

To help the paleontology team, the construction team excavated the rock and brought a huge load up to street level. Deméré and his team gathered all the samples they needed. Then he asked Najera if the excess fossil-filled sandstone could be donated to three nearby elementary schools for their hands-on science programs.

Najera was happy to help. He smashed the huge boulders into basketball-sized pieces, loaded them into the back of his truck, and delivered them to principals at Perkins Elementary, Burbank Elementary, and King-Chavez Arts and Athletics Academy located near. He asked the schools if they could invite him back so he could watch the children munch on the rocks to make their own fossil finds.

“I really think it’s important for us to preserve the past,” said Najera. “I feel truly blessed to help give this to the museum and the children of San Diego Unified.

Shelley Baca, director of King-Chavez, was delighted to receive these big pieces of history for her students, who she says will be doing their own paleontological discovery work later this year when they are allowed to meet again in groups for science projects.

“They will absolutely love it,” Baca said. “Hands-on learning is always the best way to go. What’s really special is that these fossils come from our own community, just down the road. It makes the connection so much bigger for our students. They will have fun with it.

Deméré, 72, has worked at the museum since 1979 and has no plans to retire because he finds his job so enjoyable. One of her greatest pleasures is interacting with the museum’s dinosaur-obsessed young children. So he likes to find ways to put fossils in the hands of children.

“I love the opportunity to bring these young people who are interested in fossils on board,” he said. “These 5-7 year olds could be the next generation of paleontologists. “