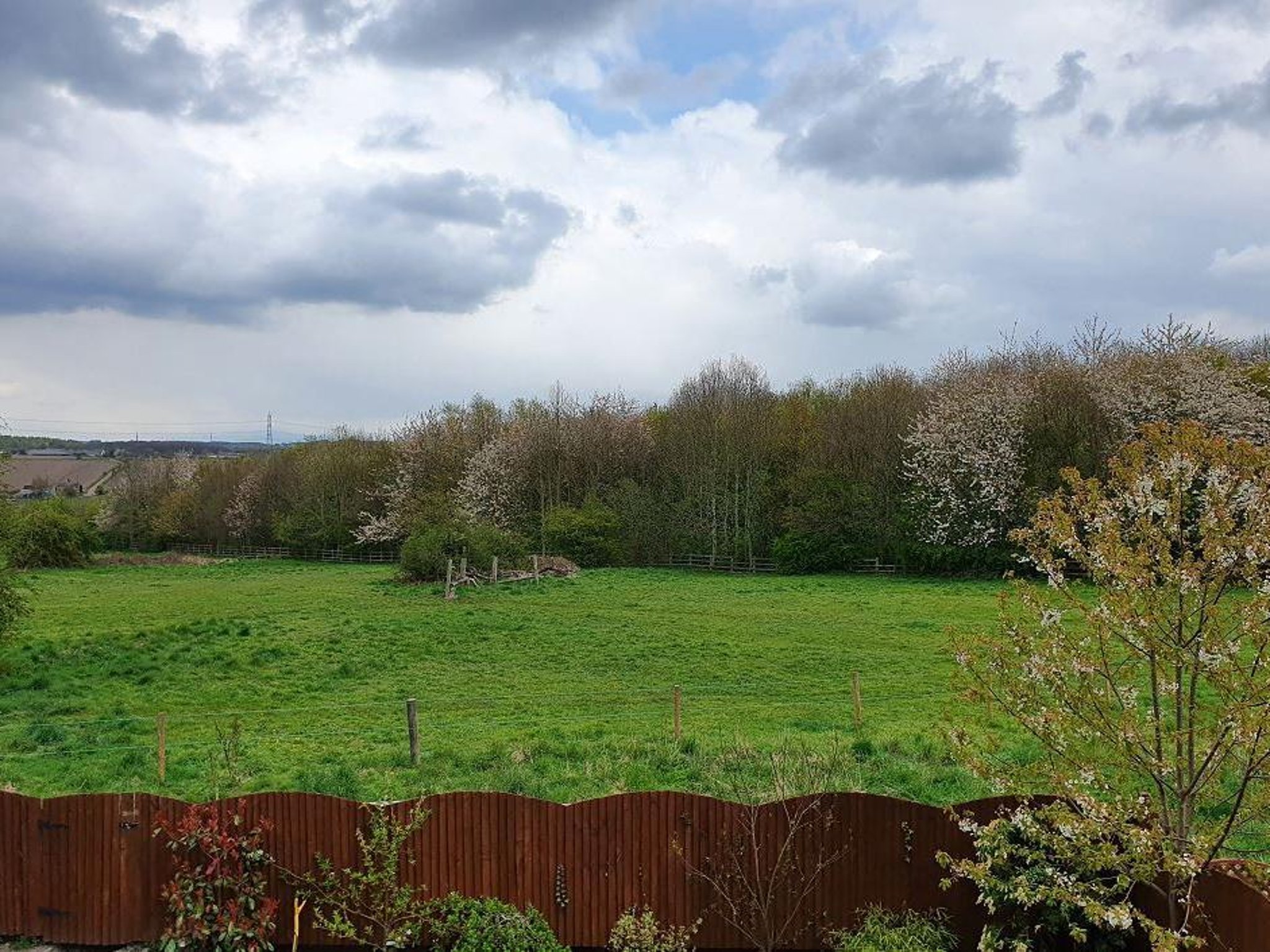 Laura Shaw says she feels that semi-rural Hanging Heaton is being turned into “a concrete jungle” by plans to turn green spaces into housing.

She and her neighbors are fighting to prevent the construction of 55 homes on four acres of fields off the High Street and Challenge Way in Hanging Heaton, which is partly in Batley and Dewsbury.

Register now to our daily newsletter

The newsletter i cut through the noise

It is close to the massive Chidswell project, where 1,500 homes will eventually be built on a 296-acre site.

The view from Laura Shaw’s garden, where plans for new homes have been submitted

Laura said: “It completely changes the landscape of where we live. It is land that has never been developed. You lose land at your own risk. Once it’s gone, it’s gone.

“It breaks my heart. It feels like we’re being kicked out. I’m not moving because this is the house we thought we were raising our kids in, but that’s not how I want us to live. .

Laura’s House is one of many who have hired a lawyer to object on their behalf. A 23-page letter outlining these objections was sent to Kirklees council, where planning staff recommended approval of the program at a meeting next week.

And Laura, who has lived with a view of the fields for eight years, says she hopes Prime Minister Boris Johnson’s comments at the Conservative Party conference earlier this week come true.

In his conference speech, Mr Johnson appeared to indicate that brownfields will now become the government’s priority.

This would mean a turnaround on proposed planning reforms and a move away from pristine sites.

She plans to speak at a meeting of the council’s heavy wool planning committee (October 14).

It will highlight a range of issues, including flooding, pollution of the nearby B6128 Challenge Way, where a belt of trees that obscures the road is to be partially cut, and privacy concerns related to the proximity of the new estate.

She says noise and traffic surveys were conducted during the lockdown and are not representative of the “hundreds of additional cars” that use the B6168.

And she says a report to the committee makes no mention of flooding that regularly affects the fields – or two underground streams running through homes and a nearby club.

She said, “Hanging Heaton is a village community. It was mentioned in the Domesday Book and is known to be semi-rural. That’s why people live here. This village atmosphere will become an urban sprawl when the earth is devoured.

“This development does not add anything to the local community. I agree that we need houses, but we need to build them in the right place, not on empty land.

“I hope there will be a change and the focus will be on brownfields. Unfortunately, reform will not come quickly enough to stop this, but it is a step in the right direction.

Castleford-based Vistry Partnerships Yorkshire aims to build a mix of detached, semi-detached and townhouses on the land with access from Challenge Way.

A report to the committee indicates that the proposed estate “would significantly alter the character and appearance of the site and the wider area.”

“However, as it exists, the site is considered detrimental to the visual appeal of the built environment. The proposed development is considered sufficiently well designed and would result in an attractive continuation of the residential environment.