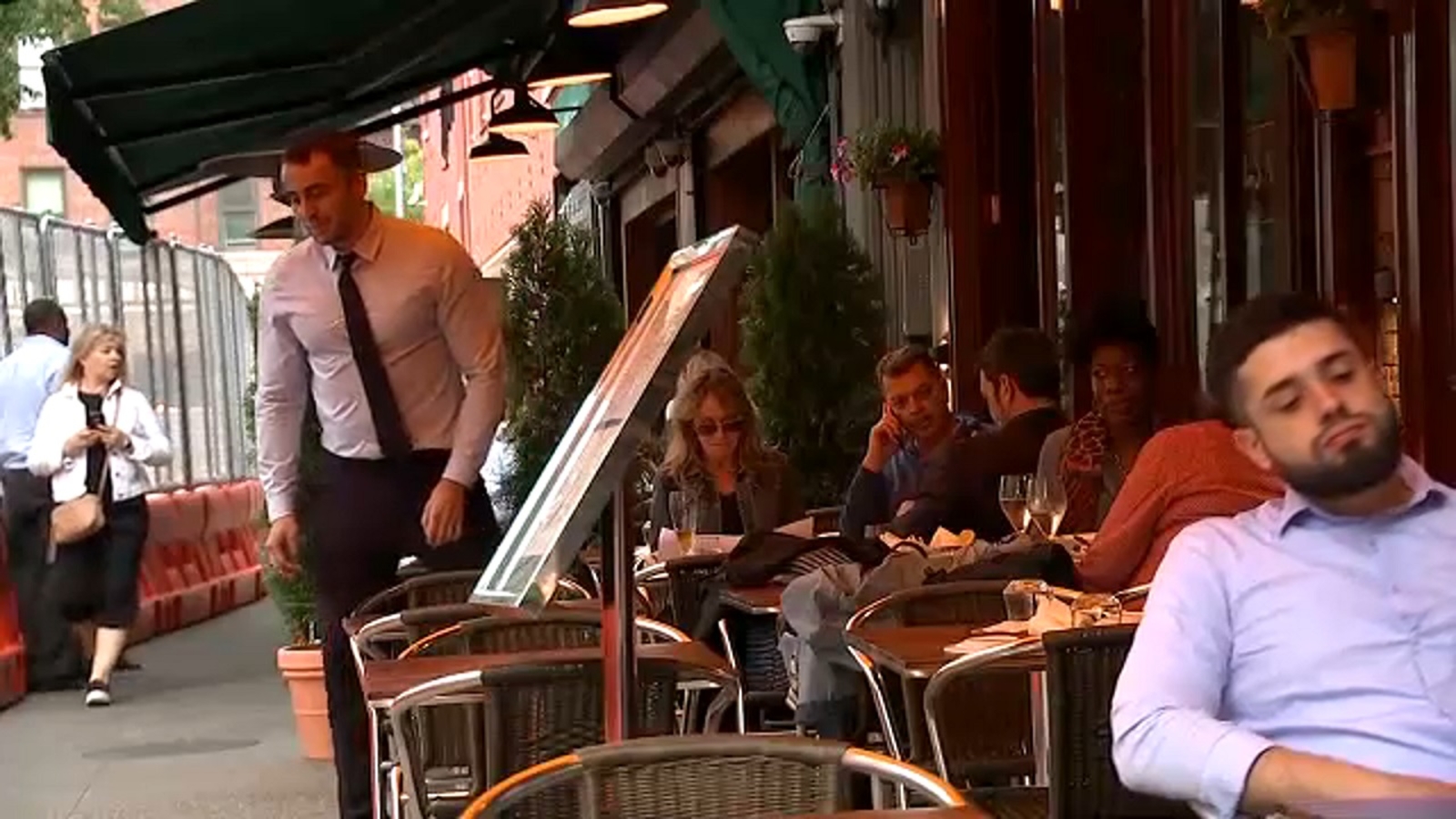 By Sherry M. Rumley Last updated Oct 19, 2021
0
Share
GREENWICH VILLAGE, Manhattan (WABC) – A neighborhood park is usually something to celebrate, but the story of a delayed park and the huge fence that now blocks access and hurts business in a restaurant makes the owners of a Manhattan restaurant very unhappy.

Chef Roberto Deiaco of some of the city’s best Italian restaurants says he and his wife Giselle opened Avena in Greenwich Village because of the terrace.

“That was the main reason we took it over,” says Roberto.

The couple say that two years ago, when they signed the lease, the parks department told them the project would be completed in 6 to 12 months.

“Over the summer the parks department came to us, came here, visited us and said they were going to start the first week of October, which was always good,” says Giselle.

Fast forward to February when they first opened – still nothing. Then in March, three weeks after they opened, the nuisance arrived.

The massive construction project has started. Across the street you can hardly tell there is a restaurant behind. The fence runs almost the entire length of the block, from Bleecker Street to 6th Avenue to Houston.

In a statement, a spokesperson for the Parks Department said:

“When this complicated plaza reconstruction project is completed, everyone will benefit from an improved area that is dramatically improved with a larger, greener and safer open plaza. “

The project involves the replacement of existing utilities and sits above an MTA metro area. It will take about 12 months.

Meanwhile, the Deiacos say there is never any work going on, and it has halved their seats outside, created congestion along the sidewalk and now it is killing them during peak season. outdoors as they try to start a new business.

“We’re going to go bankrupt if they continue this,” Giselle said.

Construction of La Quinta Village will begin this month