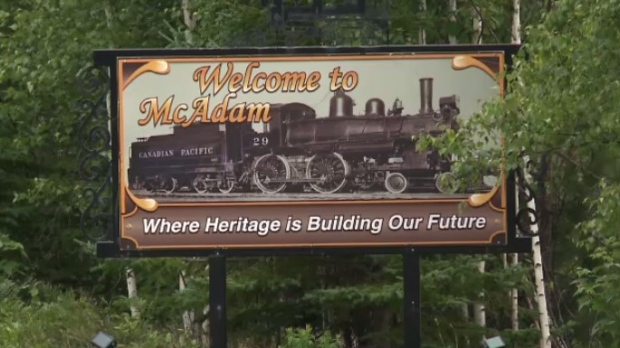 The largest employer in the village of McAdam, New Brunswick, is shutting down, leaving workers and community leaders to try to determine the next step.

The company closes permanently, forcing 59 people out of work.

“I know yesterday morning when I first heard about it, I was in shock. I had a stomach ache, ”said McAdam Mayor Ken Stannix.

Stannix says everyone in the village is friends or neighbors with the gypsum factory workers.

“They are everyday people like us. Hardworking and dedicated people, many of whom have spent their lives working in this factory, 27 or 28 years, ”says Stannix.

“It was a surprise,” says Nason. “Am I totally shocked? No. The market has been going down for a few years, we never really recovered from 2008 when the market collapsed.

The company blames poor market conditions for the shutdown, saying in a statement:

“We recognize the impact the plant closure will have on employees, their families and the McAdam community,” wrote Dina Pokedoff of CertainTeed Canada Inc.

Although the factory is McAdam’s largest employer, the impact will be significant. A large number of employees live in the vicinity of Harvey, St. Stephen or other communities in southwestern NB.

Don Doherty owns the local hardware store, the oldest operating business in the village. He says the railroad was the biggest employer. Most of those jobs are long gone, but Doherty says the village is resilient.

“We have recovered from many other failed businesses so I’m sure the community will continue to survive. “

Government officials say they are looking for other options for workers and the community.

“Despite the fact that this is obviously a very sad day for McAdam, there is a really positive attitude here,” said Trevor Holder, New Brunswick Minister of Training and Labor. “People want to move on.

“They’re on severance pay and the company is supporting them, as much as they can be in this situation, I guess,” Nason says. “It’s still a shock, you know, at this point in my life I have to find another job.”

Community leaders are hopeful that another company will consider moving to the site, as the gypsum plant officially ceases production on August 28. The factory will be permanently closed by February 28, 2021.